On June 18th, 2020, the court in Skopje handed down its verdict in one of the most striking court cases, which began almost a year ago, in the Western Balkan state of North Macedonia. The country is regularly pinpointed by European and international bodies which denounce latent and regularly manifested corruption there, often by bringing to light scandals, as in the case of this affair, nicknamed « Reket ». A short retrospective is necessary, as it seems so abstruse.

In 2015, a Special Prosecutor’s Office (SPO) was formed in response to state corruption cases involving the country’s former prime minister, Nikola Gruevski, who subsequently fled to Hungary after being convicted by his country’s judiciary. A special prosecutor, Katica Janeva, was appointed to head it. She resigns in July 2019 on suspicion of being involved in corruption herself.

A video was published the following month by an Italian newspaper, La Verità, filmed a few months earlier at the home of a wealthy and controversial Macedonian businessman, Orce Kamcev. It shows two men, Bojan Jovanovski (Boki 13) and Zoran Milevski (Zoki Kičeec) leaving Kamcev’s home with a bag allegedly filled with a million euros in cash.

It turns out that Kamcev was charged by the SPO with certain corruption cases, and that these two men allegedly came to extort money from him in exchange for a promise to help him avoid a prison sentence, or at least to obtain a lighter sentence. This was done using their alleged influence on the prosecutor Katica Janeva, who was in charge of the case. A proximity quickly confirmed by the investigators, despite the denials of the protagonists, and this, with audio recordings supporting it.

The investigation revealed corruption, money laundering and illegal financial arrangements, and Zoki was first sentenced in December 2019 to three years in prison. A few months later, the Skopje court sentenced the other two suspects, Boki 13 and Katica Janeva, to 9 and 7 years in prison respectively.

The two defendants, who pleaded not guilty, are claiming to be victims of a masterful operation designed to discredit them and save those formerly prosecuted by the SPO, a « political decision » involving the government majority. They have chosen to appeal the verdict. Boki 13 has also decided to open a new judicial episode, directly accusing the majority leader (and former Prime Minister) Zoran Zaev, and his brother Vice Zaev. He claims that the latter is allegedly actively involved in the corruption case.

In the meantime, this vast case of corruption and extortion (hence the name « reket », « racket » in Macedonian) is already causing turmoil among the political majority, which strongly supported the activities of the SPO in response to the embezzlement committed by the opposition government a few years earlier. And this, even though the SPO had been created in 2015 with the support of the European Union, in a context of political crisis, precisely in order to restore confidence in the country’s discredited judicial system.

While a technical government is currently in place in the country, Macedonian citizens are once again disappointed by a system that appears irremediably corrupt, even within the very institutions that are supposed to be tackling it. And this at a time when reform of the judicial system is one of the crucial demands made by the European Union in order for the country to make further progress on the road to EU membership, while accession negotiations were finally launched last March.

The SPO team was completely dismantled, following a vote in the Macedonian Parliament. Janeva’s arrest and the prison sentence she received might send a positive signal towards restoring the confidence of the citizens of North Macedonia, especially in the judicial institutions.

However, the possible political sanction might come during the early parliamentary elections. Initially scheduled for 12 April 2020, they have been postponed due to the pandemic. They will take place on 15 July next, despite an apparent second wave of Covid-19 in the country. Early elections, called for by Zoran Zaev in the face of the initial failure to open negotiations for North Macedonia’s accession to the EU at the European Council in October 2019, might thus constitute a further blow to the government majority.

The author’s comments are personal and can in no way engage the legal responsibility of the association Euro Créative.

Matthias Vazquez holds a Master’s degree in Organizational and Institutional Sciences (University Paul Valéry Montpellier III). Matthias has been established in Northern Macedonia since 2015 and is fluent in 5 languages including English, Spanish, Italian, Macedonian and Serbian. Consultant specialized in cooperation and development, Matthias is also President and founder of the Association Amitié France-Macédoine. The first French association established in the Balkans, created in 2017, it now has about sixty French and French-speaking members, both in France and in Northern Macedonia. It aims to create links between these two countries and between its members, but also by organizing cooperation and exchange activities. 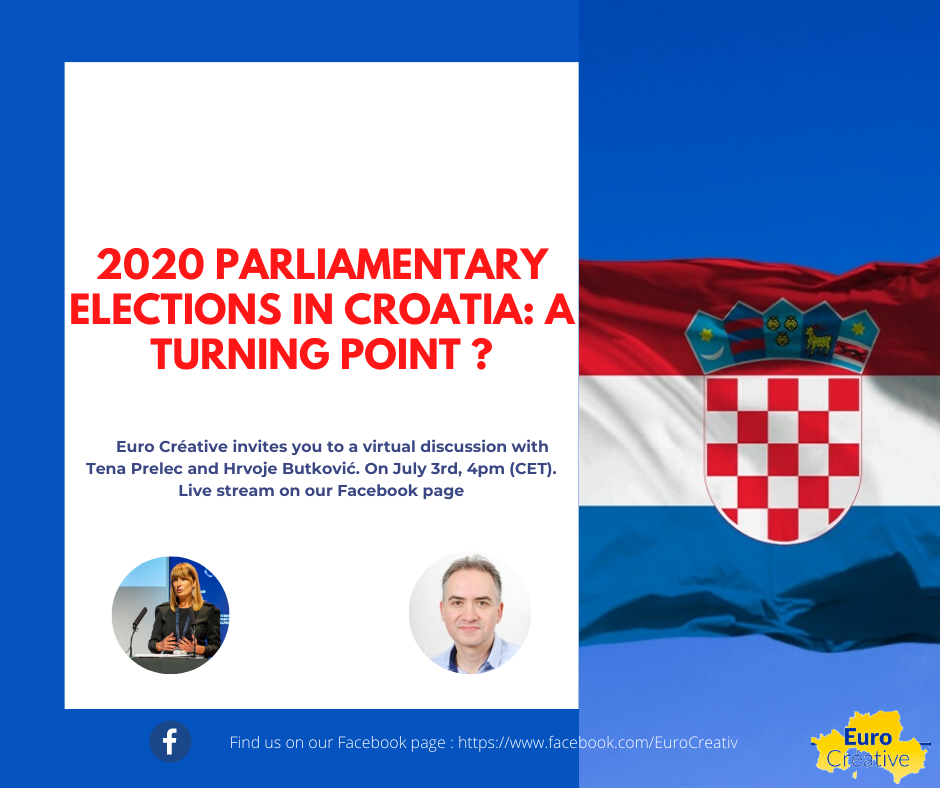